The Universe Can End Life From Earth in Many Ways, How Much Can James Webb Help Save Us? 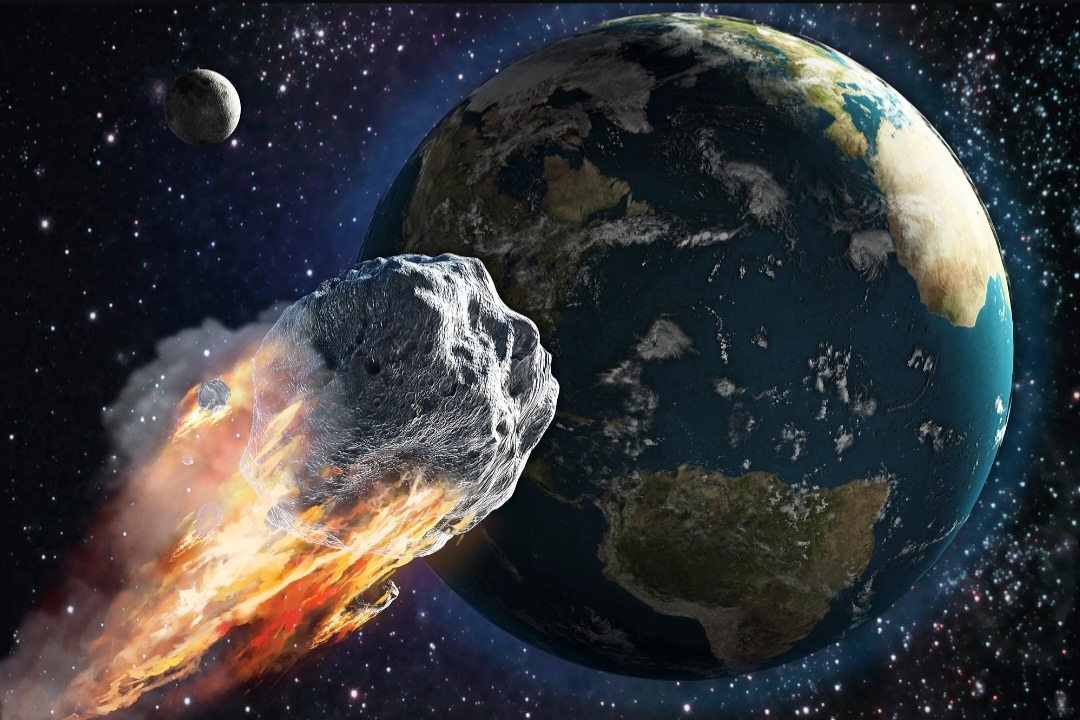 A dangerous asteroid caused the extinction of the dinosaurs 65 million years ago. But this was not the first incident of an asteroid attack.
In the history of our planet, many extinctions were caused by asteroids/meteorites and even today there is a danger of meteorites or asteroids hitting the Earth.
In 2013, the Chelyabinsk meteorite, roughly the size of a six-story building, struck a region in Russia, causing an explosion more powerful than the detonation of an atomic bomb.
About a century ago, the Tungska meteorite erupted over Siberia. Due to this, the ecosystem of about 2150 square kilometer area was completely destroyed.
The biggest event in Earth's history happened almost immediately after the formation of Earth, when a Mars-sized planet collided with the body. As a result, the moon was formed.
In addition, magma oceans that remained stable for a long time on Earth's surface arose - which made Earth an uninhabited planet.
Asteroids can cause a succession of life-ending events, hence they are also called cosmic killers.
In the case of the extinction of the dinosaurs, the initial kill mechanism was the expulsion of particles into the atmosphere that block sunlight, inhibiting photosynthesis and causing a major death to plants.
What happened after massive food shortages and harsh and unfavorable climate change, the major impact of the extinction of animals that directly or indirectly depended on plants for food.
Asteroids are hardly the only threat from space. Supernova explosions have been linked to a minor mass extinction only 2.6 million years ago and a late Devonian mass extinction about 350 million years ago.
This has resulted in the loss of three-quarters of all species on Earth.
Nearby supernova explosions hit Earth's atmosphere with radiation that destroys our protective ozone layer.
Fortunately, the nearest star in danger of going supernova any time soon is Betelgeuse, which lies 640 light-years away. (The late Devonian supernova was just 65 light-years away.)
If Earth is caught in a narrow "beam" of gamma-ray bursts resulting from the explosion of a giant star or the collision of two neutron stars, an even more dire disaster could occur.
Gamma-ray bursts generate an almost unimaginable amount of energy and can strike from a great distance.
Such a cataclysm has been proposed as the cause of the Ordovician–Silurian mass extinction about 450 million years ago, which caused the extinction of nearly half of all animal life on Earth.
Wolf-Rayet stars, which are at least 20 times as massive as our Sun, are capable of eliciting bursts of gamma-rays.
One such star, WR-104, is 800 light-years away in the Gamma Velorum system.
This sounds safe enough, but in reality it may not, because the spin axis of the star is more or less pointed in our direction.
A gamma-ray burst could approach us with the speed of light, and we would have no warning time for that.
Can the James Webb Space Telescope help us avoid such situations?
The recently launched James Webb Space Telescope (JWST) can help us in early detection of some of these cosmic threats.
One of the main goals of JWST is to image planets around other stars, but it will also be able to observe smaller bodies in our own solar system, such as asteroids and comets.
Even when it was still in its commissioning period, the telescope tracked an asteroid named Tenzing 6841 – the first time a space observatory has been able to do so.
One of JWST's early observation programs covers Wolf-Rayet (WR) stars and how they affect dust in the interstellar medium.
This can lead to a better understanding of when gamma-ray bursts can occur in these cosmic objects.
Miscellaneous