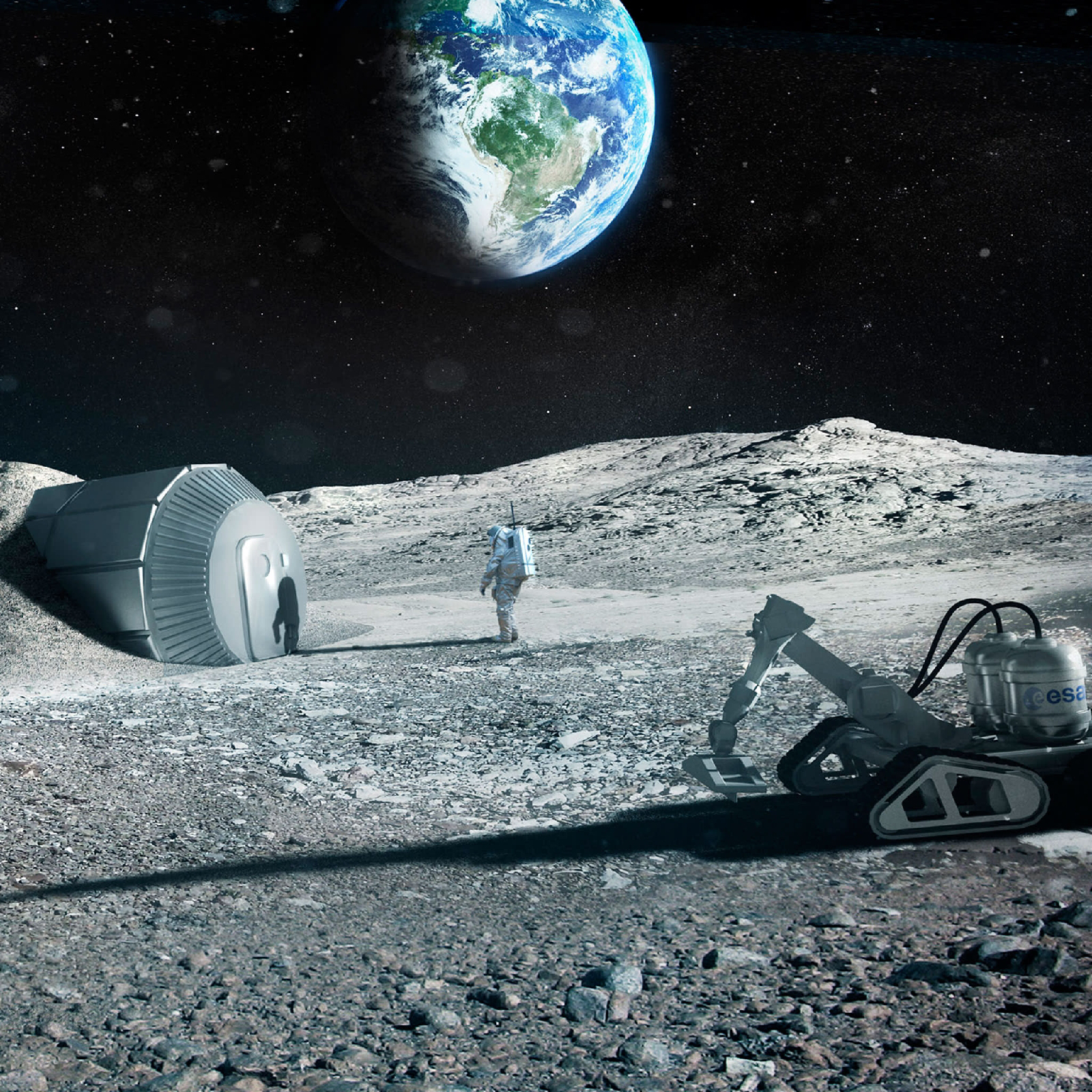 Like Earth, the other planets in our solar system, moons, comets, etc., are stores of valuable resources.
Their natural wealth has attracted the attention of researchers as well as industries. The space economy can be supported through their mining.
In this episode, NASA is preparing to send a mission to study the Psyche asteroid, which can be launched in August this year. It will be a great achievement for us to establish a mining industry outside the earth.
In-Situ Resource Utilization
When we think about off-earth mining, we can envisage extracting natural resources from the space bodies outside the solar system or beyond and bringing them to the earth. But this is not the first commercially viable example.
If we want to have permanent human settlements on the Moon or Mars, we will need to maintain supplies for the people who live there. Because natural resources like water can be recycled only up to a limit.
In addition, sending them into space from Earth proves to be very costly. As of 2018, it cost about $3645 to launch one kilogram of material into Earth orbit, and send it high or to the Moon. These costs can be saved through mining in space.
Harvesting material required on site is called "in-situ resource utilization". This can include anything from mining ice to collecting soil to build a structure. NASA is currently exploring the possibility about build buildings on the Moon with 3D printing.
Mining in space could also transform satellite management. The current practice is to de-orbit satellites after 10-20 years when they run out of fuel.
A major goal of space companies like Orbit Fab is to design a type of satellite that can be fueled using propellant collected in space.
What are those resources?
When it comes to off-earth mining, there are few resources that catch our attention.  There are some resources that exist in abundance but are also very valuable.
Some asteroids contain large amounts of iron, nickel, gold, platinum and other types of metals that are widely used in manufacturing and electronics.
Lunarregolith (rock and soil) contains helium-3 which is considered a valuable resource of the future. The British company Metallysis has developed a process that can extract oxygen from chondrigoliths.
The Moon's surface is expected to contain ice in permanently shadowed craters near its poles. Researchers also think that ice is present under the surface of Mars, asteroids, comets.
It can be used to support life, or it can be broken down into oxygen or hydrogen and used as a propellant.
How will we carry out mining activities in space?
With what technology should mining be done on the Moon, Mars or other celestial bodies? At all, the same mining model may not be implemented.
However, it is somewhat similar to mining on Earth. We can mine lunar regolith through a bucket wheel and asteroids with the help of a tunnel boring machine.
Apart from this, many processes are suggested to be adopted for earth off mining which are not much familiar.
Researchers from the University of New South Wales have suggested using biomining for this. Under which the bacteria will consume certain minerals and produce a gas.
But there are many challenges in off earth mining. Right now our space missions have not been advanced enough to carry out such mining missions.
In addition, there are other types of economic and environmental challenges.
Miscellaneous