With Their Amazing Neurological Ability, Some Humans Can Detect Earth's Magnetic Field 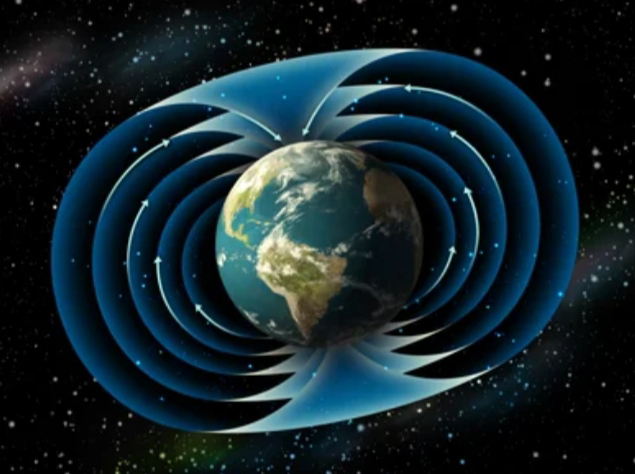 According to a recent study report published in Popular Mechanics, some people have an amazing ability to sense the Earth's magnetic field.
This is because of the "magnetoreceptor" which is basically a neurological feature.
Some time ago Scientific American published a detailed report about birds and animals navigating themselves through the Earth's magnetic field.
Scientists used to believe that animal magnetism was not possible, and as soon as they began to learn how birds and other animals used magnetism to navigate the world, this skepticism turned inward to exclude humans.
The idea of ​​humans sensitivity of Earth's magnetic field seems like a fantasy.
But that assumption has been lost thanks to an experiment in 2019—first reported by Gizmodo—in which researchers built a specially designed Faraday cage.
Scientists put coils in this cage that could produce a magnetic field. Scientists can turn these coils into "sham mode"; without magnetic field. But it still seemed to work.
Inside the cage, the suspected test subjects were rested in a dim, silent space. "During the experiments, participants sat with their eyes closed in the complete darkness.
Participants were blind to active versus sham mode, trial sequence, and trial onset time. This experimental room was dark, quiet, and isolated from the control room during the run." the researchers said, according to Popular Mechanics.
Magnetic fields create brainwaves
Inside the dark, quiet room, all test subjects were faced the same way to eliminate directional bias from the magnetic field. They were then immersed in magnetic forces while the researchers recorded the subjects' brain waves.
"Our research findings suggests that the humans brain is indeed collecting directional input from magnetic field receptors and selectively processing it," the scientists concluded.
Researchers have known that animals perceive magnetism as a direct biological signal – how birds navigate themselves during seasonal migration, and how sea turtles assess potential threats in waterways deep in the ocean.
And they do so despite subliminal signals from local magnetic fields generated by the environment, which are superimposed on the planet's general magnetosphere.
Volcanic eruptions also creates local magnetic fields, and "an animal moving through such magnetic fields will receive a series of warning signals against using the way to go forward"
The researchers found similar differentiation abilities in humans. "The selectivity of the response favors ecologically valid stimuli, distinguishing between rotations of otherwise identical speed and magnitude.
This means that the humans in the study displayed brainwave activity that only responded to mimic Earth's global magnetic field, without sensitivity to local magnetism.
For the researchers, this means that humans may have developed their own magnetism in the same way that animals did: through constant use and long-term encouragement.
If we can detect magnetic fields, it's a capability we've actively used, not just because of environmental coincidence.
Miscellaneous