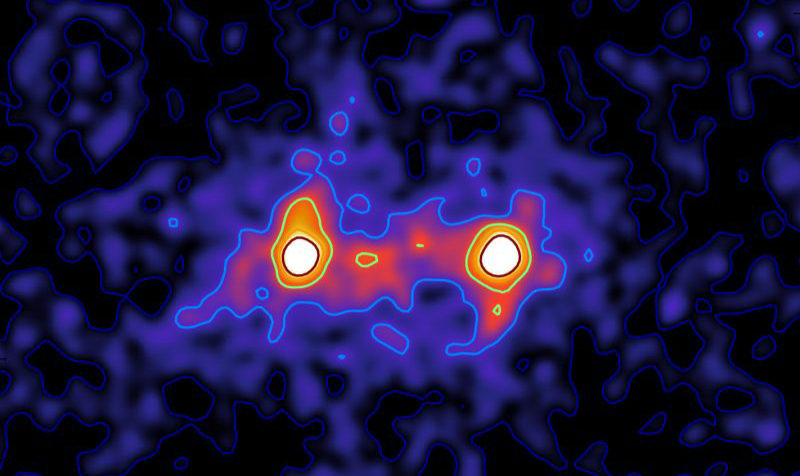 Scientists have not yet been able to detect or see to the dark matter, but they may soon be able to measure it in a fascinating new way.
The Stuff-Sounding Monthly Notices on the Royal Astronomical Society journal has published an interesting study outlining a future experiment that could measure the force of dark matter by sending a spacecraft away from Earth.
The idea would be to study the "Galactic Force"—a new subdivision of NASA's Space Force—nor an Xbox game, as the name suggests. Which according to NASA research is the total gravitational force of normal matter and dark matter from our entire galaxy, combined.
If we have access to the right data, this figure is relatively simple to calculate. As NASA outlines in its writeup, one way to collect that data could be a deep space mission designed to probe the mysteries of dark matter.
A spacecraft may travel 100 astronomical units that is, 100 times the distance between Earth and its host star (the Sun) to precisely detect the galactic force, said NASA advisors and study co-authors Belbruno and Jim Green.
NASA explained that the probe will have a reflecting ball that will be dropped after reaching a sufficient distance and will only measure galactic forces.
The spacecraft itself would be subject to both galactic forces and thermal forces from radioactive isotopes in its core, so by subtracting the thermal forces, "the researchers could then see how the galactic force relates to the deviation in the ball and the spacecraft's respective trajectories."
The deviation, NASA said, would be measured by freakin' laser beams (our emphasis).
Greene and Belbruno are calling this proposed mission an "interstellar probe", and although it would only technically need to go 100 astronomical units, they want it to eventually reach a distance of 500 – like Voyager I.
It has reached far beyond its origin location and is currently located at a distance of about 156 AU from Earth.
This ambitious mission proposal will not be the first to study dark matter. NASA's recently launched James Webb Space Telescope, its upcoming Nancy Grace Roman Space Telescope, and the European Space Agency's upcoming Euclid mission will all investigate this enigmatic mystery of the universe.
Still, a deep-space mission specifically to study dark matter could result in a better understanding of how dark matter operates in our galactic backyard.
"If you can send a spacecraft to detect dark matter" Belbruno told NASA, "it would be a huge discovery and one of the great achievements."
Miscellaneous