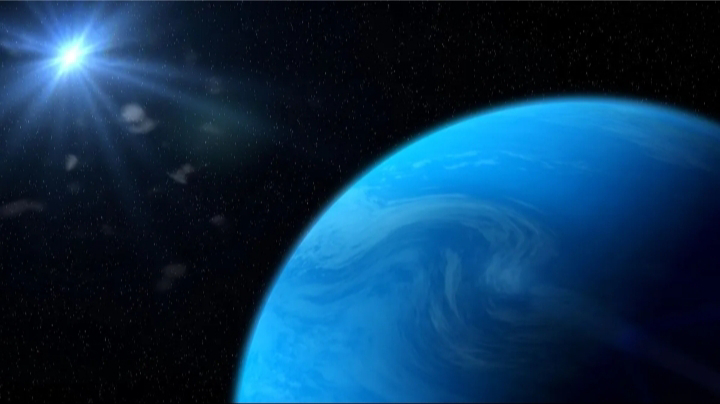 The atmosphere of earth consists of 5 layers with different characteristics. On the other hand, exoplanets - a term used for planets outside the Solar system - were assumed to have a one-layered uniform atmosphere by astronomers until now.

A recent study conducted by a team of researchers led by the University of Lund just revealed that an extreme exoplanet named WASP-189b has a multi-layered atmosphere just like that of Earth's.

"Our results demonstrate that even the atmospheres of intensely irradiated giant gas planets have complex three-dimensional structures," Jens Hoeijmakers, an astronomer from Lund University in Sweden said.

WASP-189b was first observed in 2020 by the CHEOPS satellite, and as a result of further research, it turned out that the exoplanet is located 322 light-years from Earth.

It is also known that, compared to Earth, WASP-189b is 20 times more proximate to its host star, and this makes it a boiling planet with a daytime temperature of 5792 degrees Fahrenheit (3200 degrees Celcius). So this fiery gas giant comes to the forefront as one of the most extreme of all the known exoplanets.

According to the study published in Nature Astronomy, the multi-layered atmosphere of this exoplanet contains gases that absorb some of the starlights.

This characteristic function is similar to the Earth's ozone layer; while these gases include vapors of heavy metals like iron, titanium, chromium, magnesium, vanadium, and manganese.

More interestingly, titanium oxide, which is rarely found on Earth and has never been spotted in an exoplanetary atmosphere before, was detected in the atmosphere.

"Titanium oxide absorbs short-wave radiation, such as ultraviolet radiation... Its detection could therefore indicate a layer in the atmosphere of WASP-189b that interacts with the stellar irradiation similarly to how the ozone layer does on Earth," astrophysicist Kevin Heng of the University of Bern said.

This leads to the conclusion that the chemicals move differently through the atmosphere and therefore it has more of a complex structure, unlike previous assumptions.

The atmosphere of exoplanets has long been a topic of dispute among astronomers and astrophysicists, but the results of this novel research open up new bounds of possibilities via the discovery of an exoplanet atmosphere with three-dimensional thermochemical stratification.

This article was originally published in Interesting Engineering