Scientists Say Most Likely Number of Contactable Alien Civilization is 36 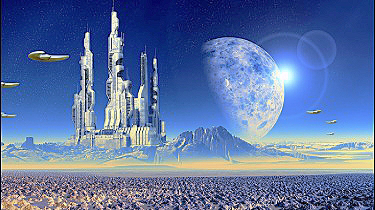 For centuries, scientists have been curious to know, are we alone? Or other civilizations also exist. Scientists are trying to find the clue of alien civilizations.
Now new estimates suggest that many extraterrestrial civilizations may exist in our galaxy, which may number around 36.
The Drake equation, given by astronomer Frank Drake, is a formula used by many researchers to find answers the question of how we might communicate with extraterrestrial civilizations in our galaxy.
It's nearly impossible to pin down Drake's seven key variables that range from the number of habitable planets in the galaxy to the amount of time in which intelligent life thrives.
The Drake formula serves as a framework for the probability of finding life; Previous estimates in this context have ranged from zero to over a billion civilizations.
A team of researchers from the University of Nottingham in the UK is working under the assumption that life takes the same amount of time to develop in the distant regions of the galaxy as it did on Earth.
"There must be at least a few dozen extraterrestrial civilizations in the Milky Way galaxy, under the assumption that it takes 5 billion years for intelligent life on Earth to form on other planets," astrophysicist Christopher Conselis said in a press statement.
The team dubbed this calculation the "astrobiological Copernican limit."
Using this calculation as a guidepost, the scientists charted several scenarios.
One end of the spectrum is a weak scenario where intelligent life takes no more than 5 billion years.
And at the other end, a stronger scenario Where it is wise to bloom life between 4.5 to 5.5 billion years.
According to scientists' calculations for the robust scenario, there must be somewhere between four and 211 complex civilizations that have the ability to send signals across the universe and 36 of which are most likely.
The closest of these complex civilizations should be about 17,000-light-years away from Earth, orbiting a low-mass M-type dwarf star.
But it doesn't bode well for our chances of connecting with distant extraterrestrials. It is impossible to communicate over these distances with today's technology.
Oliver Shortall of the University of Cambridge told the Guardian that more factors need to be considered before the new findings are taken as fact.
Such as how an environment conducive to life on Earth actually formed.
So what could this mean for the future of life on Earth? The search for life elsewhere in the universe will reveal insights about our own destiny.
"If we find that intelligent life is common, it suggests that our civilization may have existed for more than a few hundred years," Consellis said.
"If we find as an alternative that there is no active civilization in our Galaxy, it is not a good sign for our long-term existence."
Science Fiction