The Dark Side of The Universe: How Black Holes Became Super Massive

Black holes are one of the most compelling mysteries of the universe. Nothing, not even light, can escape a black hole. 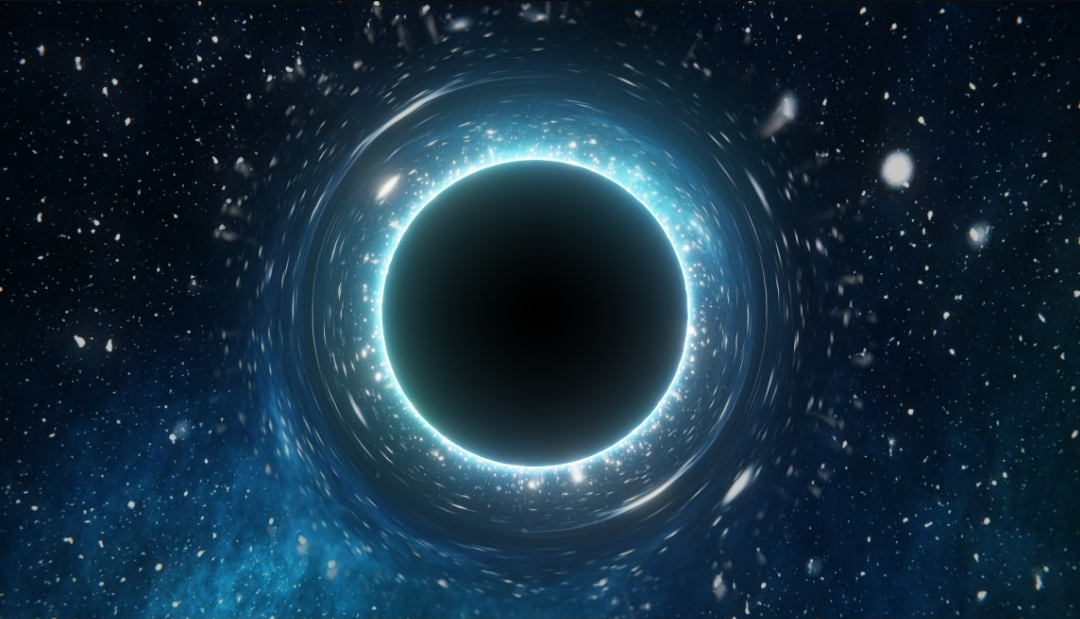 And at the center of nearly every galaxy there is a supermassive black hole that’s millions to billions of times more massive than the sun.

Understanding black holes, and how they become supermassive, could shed light on the evolution of the universe.

Three physicists at the U.S. Department of Energy’s (DOE) Brookhaven National Laboratory have recently developed a model to explain the formation of supermassive black holes, as well as the nature of another phenomenon: dark matter.

In a paper published in Physical Review Letters, theoretical physicists Hooman Davoudiasl, Peter Denton, and Julia Gehrlein describe a cosmological phase transition that facilitated the formation of supermassive black holes in a dark sector of the universe.

When water reaches the exact right temperature, it erupts into bubbles and vapor. Imagine that process taking place with a primordial state of matter.

Then, shift the process in reverse so it has a cooling effect and magnify it to the scale of the universe.

“Before galaxies existed, the universe was hot and dense, and that is well established.

How the universe cooled down to what we observe today is a matter of interest because we don’t have experimental data describing how that happened,” said Peter Denton.

“We can predict what happened with the known particles because they interact often. But what if there are not-yet-known particles out there performing differently?”

To explore this question, the Brookhaven team developed a model for a dark sector of the universe, where yet-to-be-discovered particles abound and rarely interact.

Among these particles could be ultralight dark matter, predicted to be 28 orders of magnitude lighter than a proton.

Dark matter has never been directly observed, but physicists believe it makes up most of the universe’s matter based on its gravitational effects.

“The frequency of interactions between known particles suggests matter, as we know it, would not have collapsed into black holes very efficiently,” Denton said.

“But, if there was a dark sector with ultralight dark matter, the early universe might have had just the right conditions for a very efficient form of collapse.”

One way, called accretion, is when matter, mostly dust, falls into black holes. But there’s a limit to the speed by which matter can accumulate in black holes through accretion.

The second way is through galactic collisions, during which two black holes can merge; however, in the early universe, galaxies were just starting to form.

So, physicists have been left wondering how these ancient cosmological wonders grew so massive so quickly. Ultralight dark matter particles could be the missing piece.

“We theorized how particles in the dark sector could undergo a phase transition that enables matter to very efficiently collapse into black holes,” Denton said.

“When the temperature of the universe is just right, the pressure can suddenly drop to a very low level, allowing gravity to take over and matter to collapse. Our understanding of known particles indicates that this process wouldn't normally happen.”

Such a phase transition would be a dramatic event, even for something as spectacular as the universe.

“These collapses are a big deal. They emit gravitational waves,” Denton said. “Those waves have a characteristic shape, so we make a prediction for that signal and its expected frequency range.”

Current gravitational wave experiments aren’t sensitive enough to validate the theory, but next-generation experiments may be able to detect signals of those waves.

And based on the waves’ characteristic shape, physicists could then narrow in on the details of supermassive black hole formation.

Until then, Brookhaven theorists will continue to evaluate new data and refine their model.

1. Two Supermassive Black Holes on Their Way to Collide Could Have Negative Effects on Space-Time

2. Nearly 25,000 Supermassive Black Holes Spotted in a Map of the Sky

3. Astronomers Study the Inside of a Black Hole for The First Time Using Quantum Computing

4. Can the Inside of a Black Hole be Analyzed Through Mathematical Model Based on Hologram?