What will happen when the Milky Way and Andromeda collide? 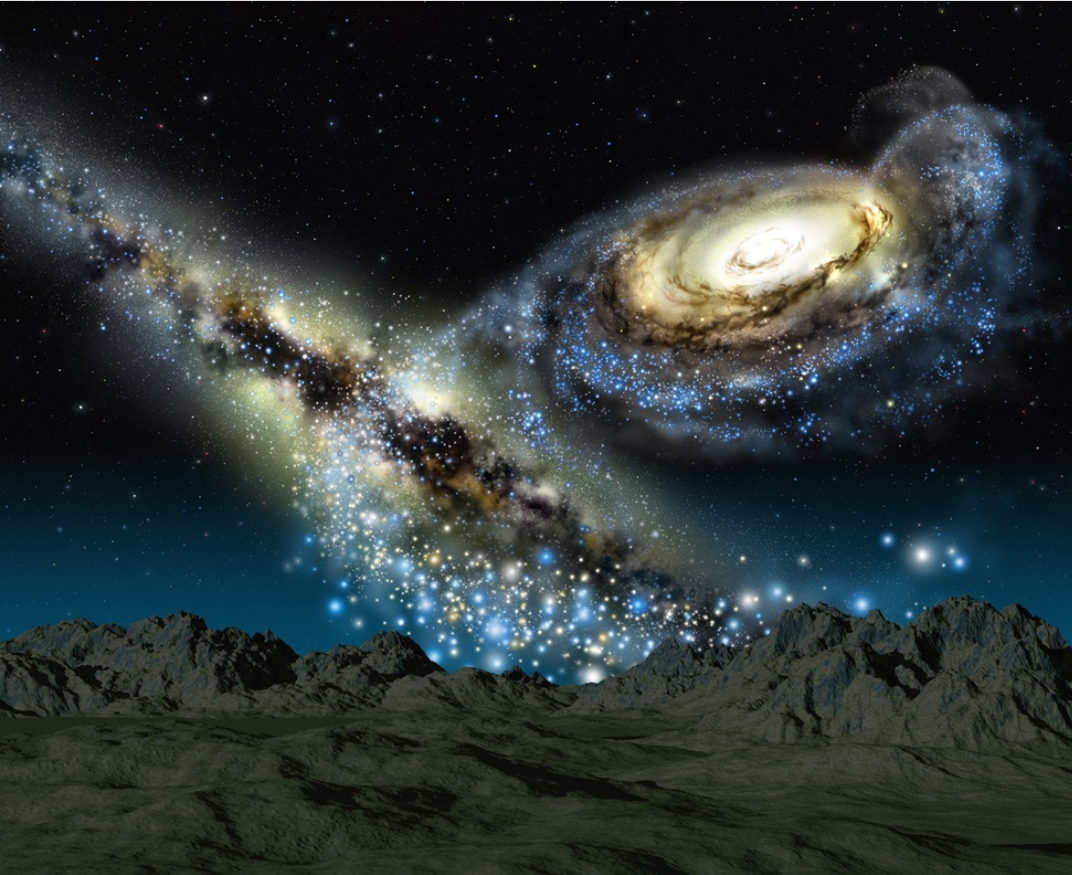 According to astronomers, our galaxy is on a collision course. In about 4.5 billion years, Andromeda, moving towards us, will break through the middle.
Astronomers are researching what happens when two galaxies collide. A collision between the Milky Way and Andromeda is inevitable, it has been known for some time.
Measurements of the Doppler shift of the spectral lines make it clear that Andromeda is moving towards us, but such measurements can only tell about motion towards or away from the observer.
The motions of Andromeda's satellite galaxies needed to be carefully studied if we were to work for direct hit or near miss, and they reveal that Andromeda's trajectory makes collisions inevitable.
Incorporating this information into their models of relative velocities, estimates of the masses of galaxies, and details of their structure.
The authors of an interesting paper on this galactic collision have seen the phenomenon unfold.
Although the details depend somewhat on the galactic structure and in particular on the assumptions we make about the dark matter halo that contains the visible disks of the Milky Way and Andromeda galaxy, the general picture is clear.
After a spectacular series lasting billions of years – and one that would distort the structure of both galaxies – the final merger of the Andromeda Galaxy and the Milky Way galaxy will occur some 10 billion years from now.
What would happen if Andromeda and the Milky Way collided?
The collision between Andromeda and the Milky Way will result in a new, larger galaxy, but instead of being a spiral like its foreshadowing, this new system ends up as a giant elliptical.
The authors of the paper in question have named this new galaxy 'Milkdromeda'.
For the first time, simulations include details of what happens to supermassive black holes that are present in both galaxy centers.  The pair will form a binary at the center of the new galaxy.
However, this is not a binary constant. Interactions with their surroundings mean that the pair will spiral inward, emitting gravitational waves as they do so.
In only about 17 million years, the two will be so close that the loss of energy through these gravitational waves induces a final inner spiral and merger.
The gravitational wave signal of such an event cannot be detected by LIGO, which is sensitive only to mergers of low-mass black holes and neutron stars.
In the future, simulations indicate that ESA's LISA (Laser Interferometer Space Antenna) mission should see such a merger at roughly a redshift of the two – so in a decade or so we may be able to see that the Milky Way  How predicting the fate of black holes matches similar events elsewhere.
The paper ends on a nostalgic note: The authors estimate 10 billion years to reach the end of the merger is longer than previous studies.
But it means the Sun may not have lived long enough to find a home in the new galaxy.
Galaxies